Hello lovelies,
The last two nights have been insane (in a great way).
Now, in the safety and comfort of my own bed, I reflect on my escapades.
It has come to my attention I'm a reckless bastard and it is a miracle I'm still healthy and alive.
If life were a social network nearly everything I do would be accompanied with a #thisishowgirlsdie hashtag.

Here are some situations I found myself in where I could have easily died (or faced other perils) had I been more unfortunate:

Getting incredibly intoxicated on a dark, empty rooftop carpark.
What happened: a couple cars drove past but we played it cool.
What could have happened: we accidentally witness a drug deal and get taken hostage having seen too much.

Sneaking into the Hilton pool in the middle of the night, trippin' balls.
What happened: no one tried to stop us, we randomly picked a level to go to and lo and behold that was the exact level the pool was (if that isn't magic I don't know what is), we got in without a key card and there were a load of fresh towels for use. Oh and the pool was heated.
What could have happened: security picks up that two dodgy-looking teenage girls are walking into a 5 star hotel and intercept us- we're arrested and charged with unlawful entry.

Skinny-dipping in a hotel pool in which you are not staying.
What happened: we didn't want wet underwear so there was really only one way.
What could have happened: some security dude is just chillin' doing his job when he sees on his monitor two girls stripping in the pool area, he comes down to investigate, we're arrested (naked) and he leaks the video to a news-station or a porn-site and hauls in the $.

Walking down a dead-end alleyway at 2am.
What happened: we didn't realise the other end was closed off, we speed walked straight back out.
What could have happened: we are kidnapped/ we are murdered/ we stumble into a sacrificial ceremony and they offer our lives in exchange for healthy crops.

Hitchhiking.
What happened: I tried to walk to the busstop from a friend's place, got lost, and my phone was on 1% battery so I had to ask someone for directions, they offered me a ride and I was tired so I said yes and hopped in.
What could have happened: They drive me to their sex dungeon instead of my busstop.

Moral of the story: don't do any of the above if you value your life.

AIGHT
This week we have a special piece:
The Cher Set by Glitters For Dinner (gfdstore)!
Inspired by the impeccable Cher Horowitz from Clueless (fun fact: the movie was made the year I was born), this set just kills me.
Lipstick by Lime Crime (Velvetine/Gothatine in 'Salem' a matte chocolate brown)
Enjoy :) 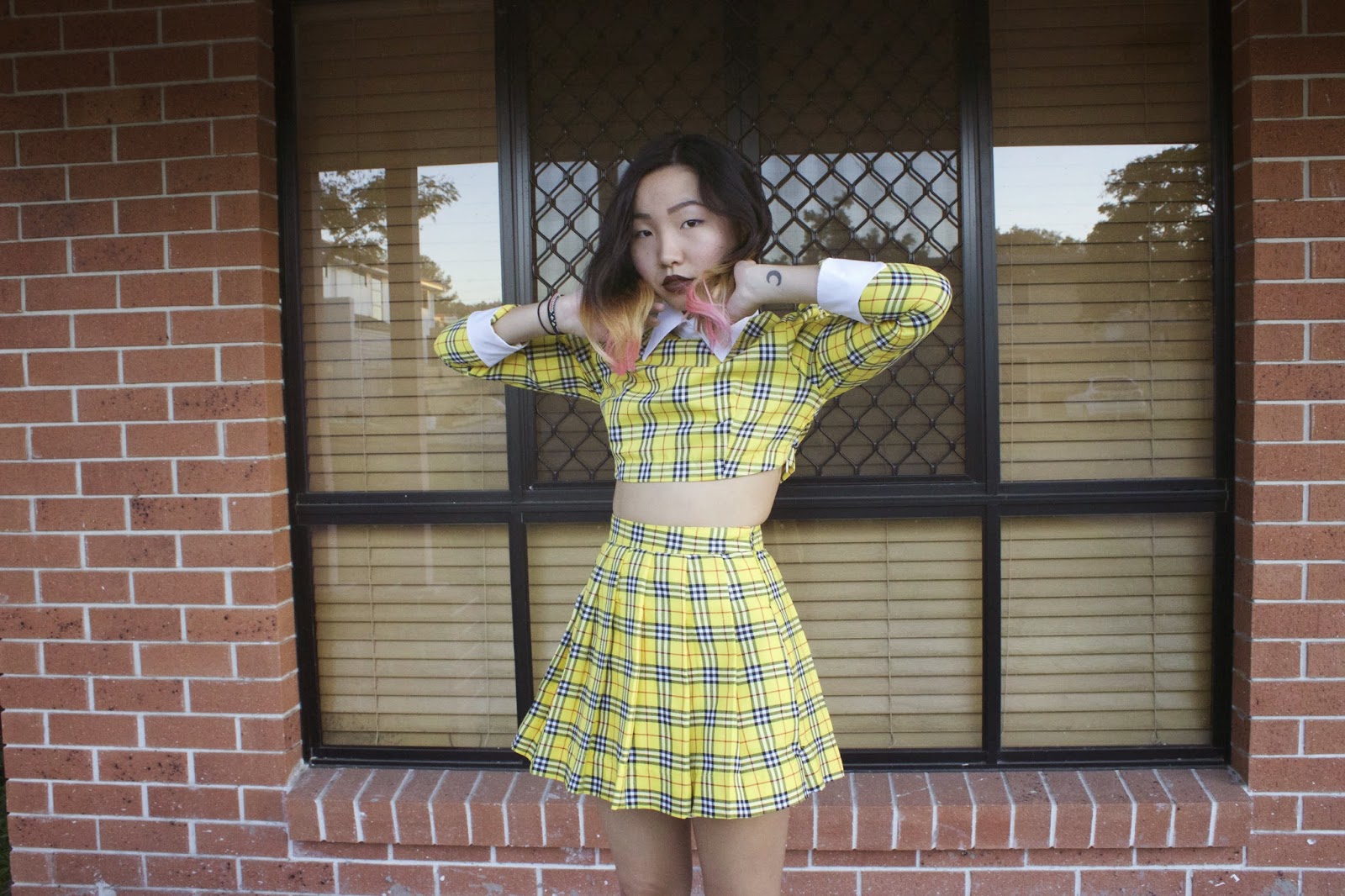 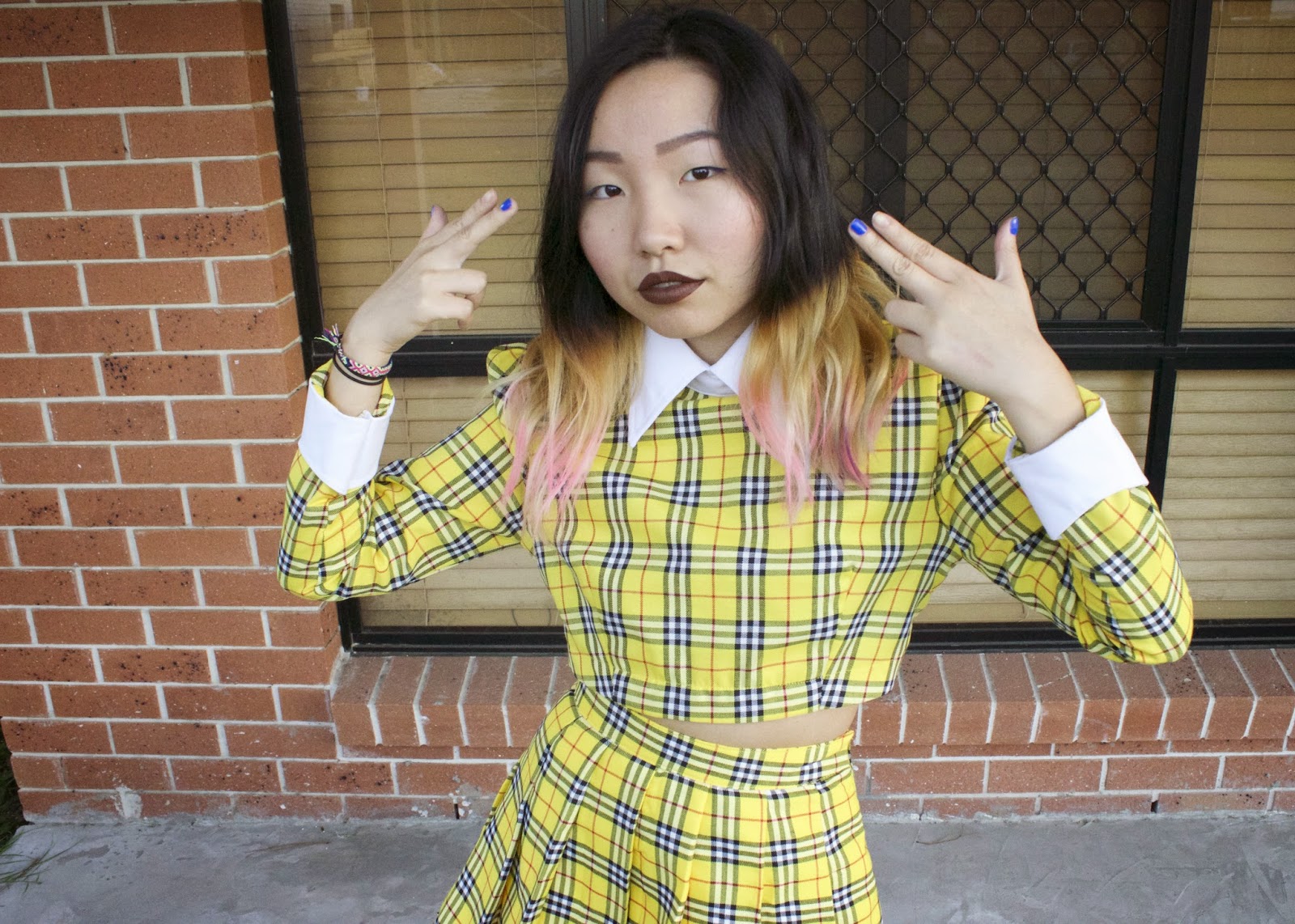 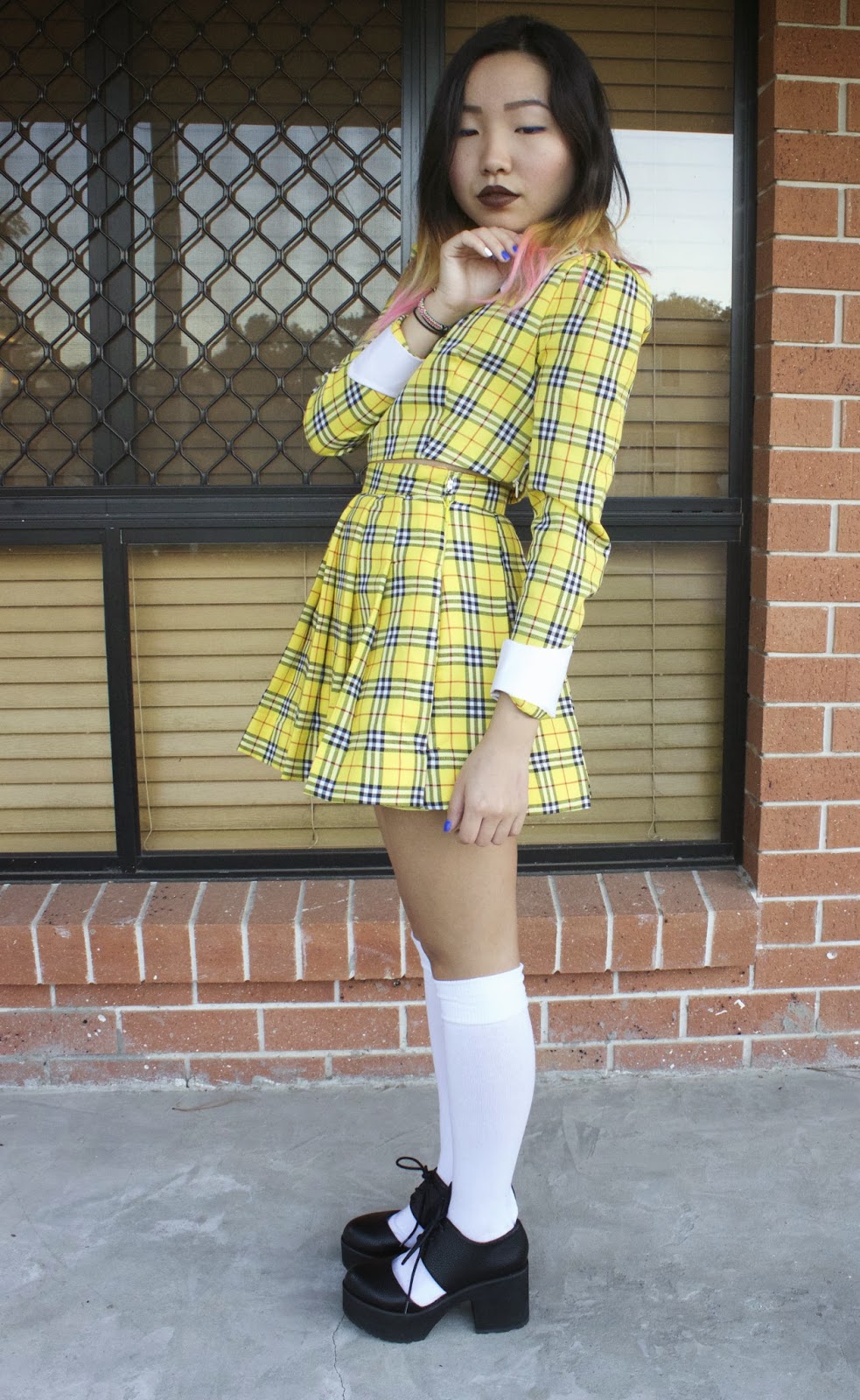 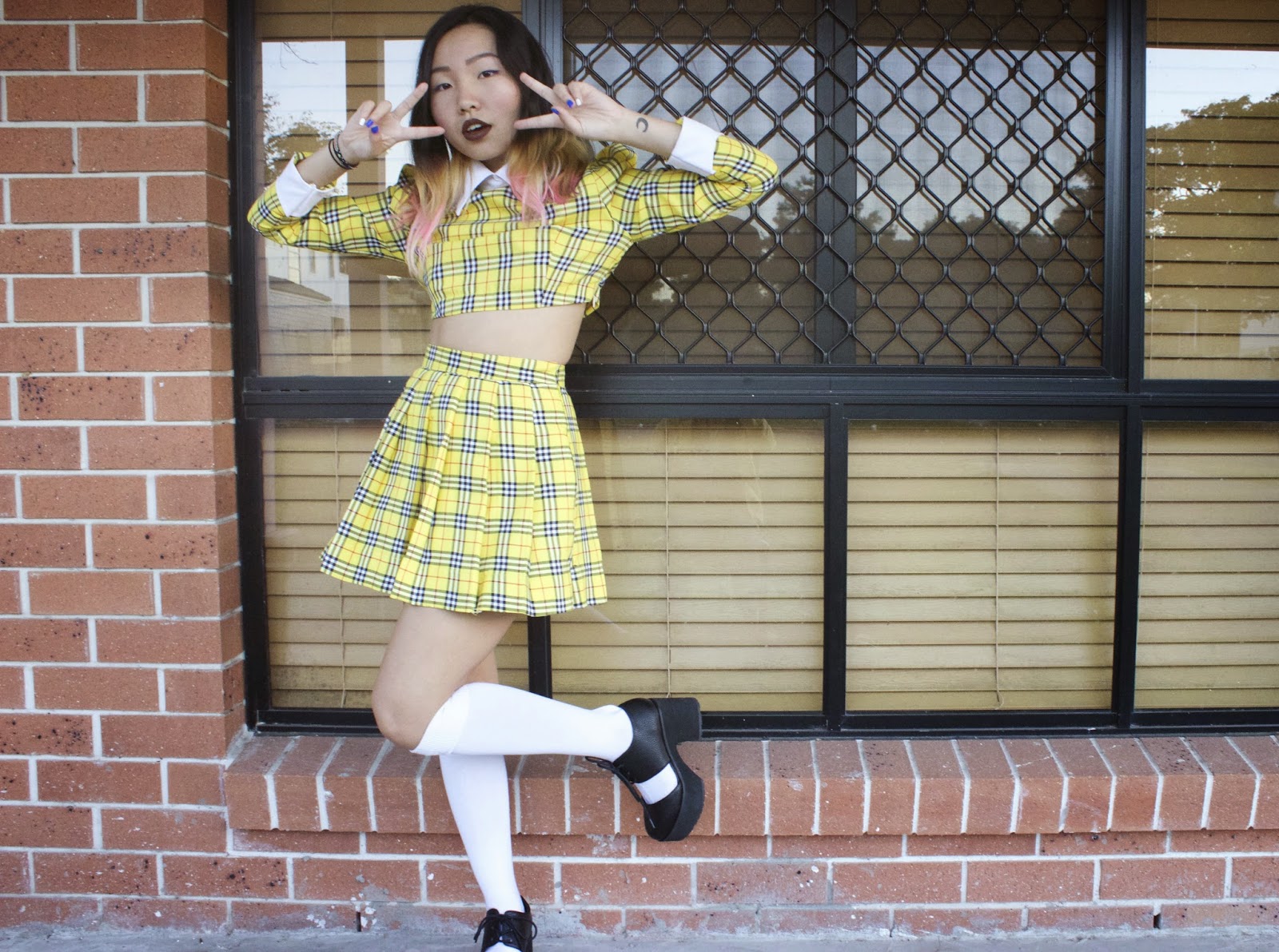 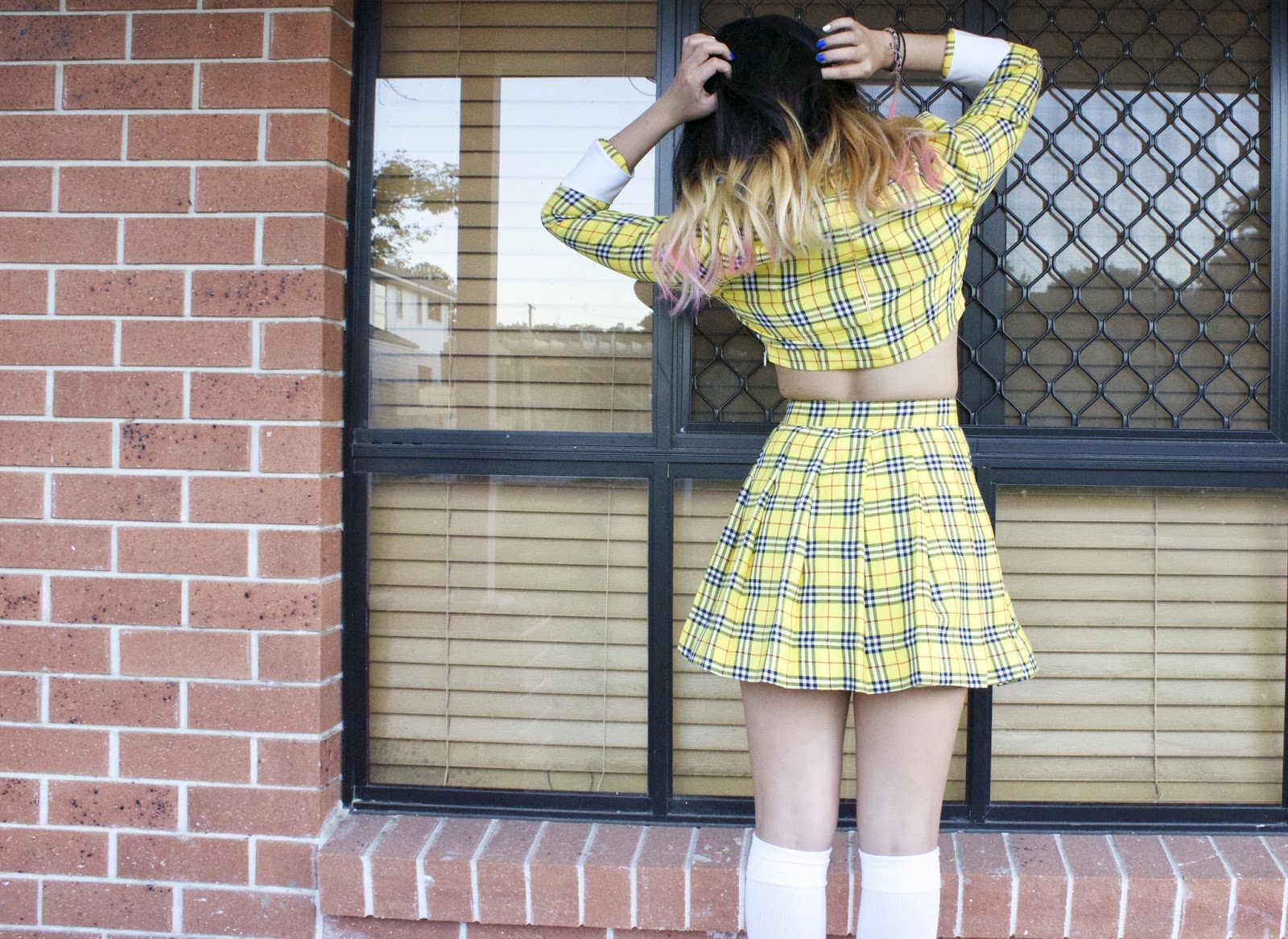 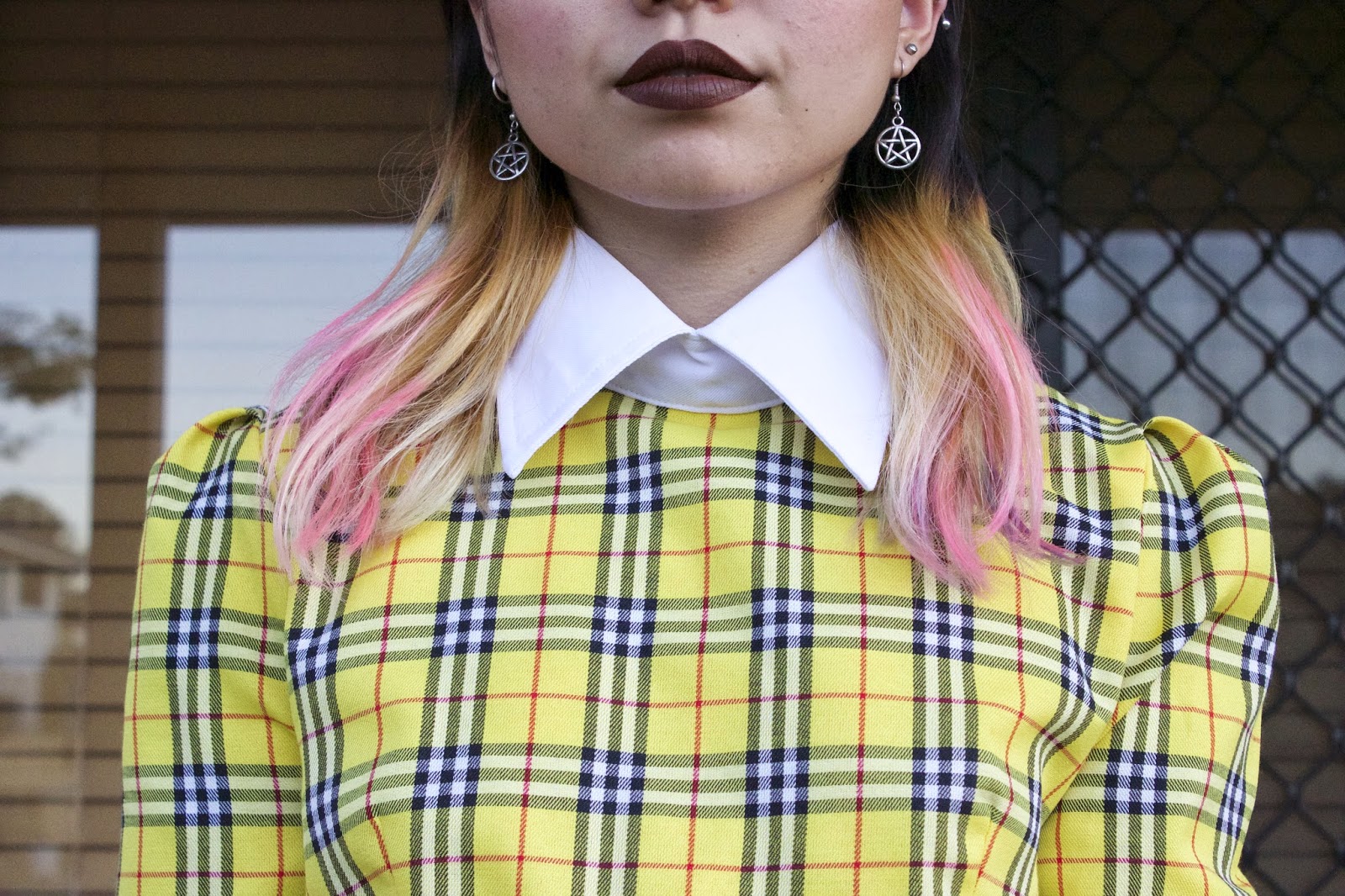 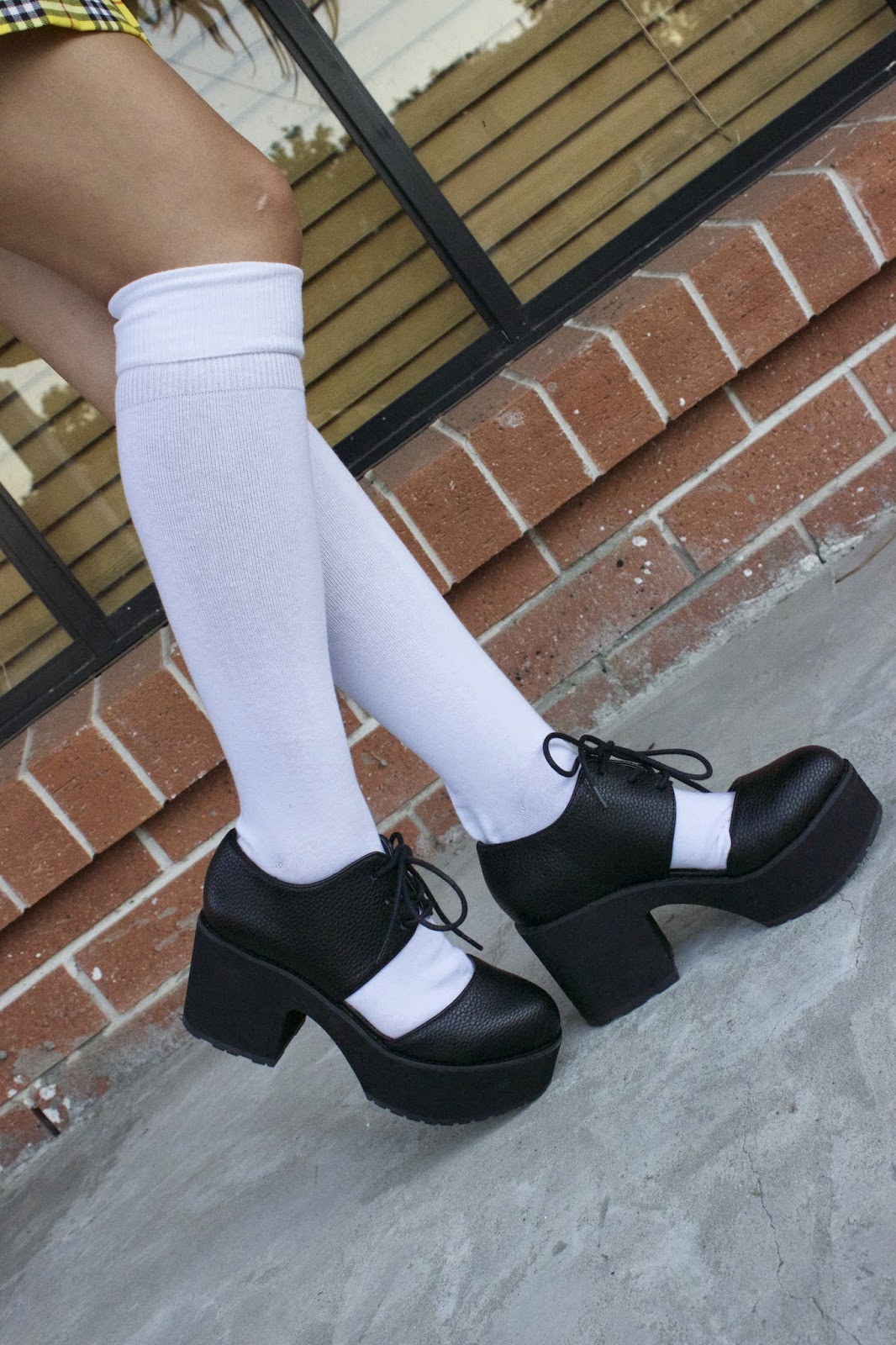 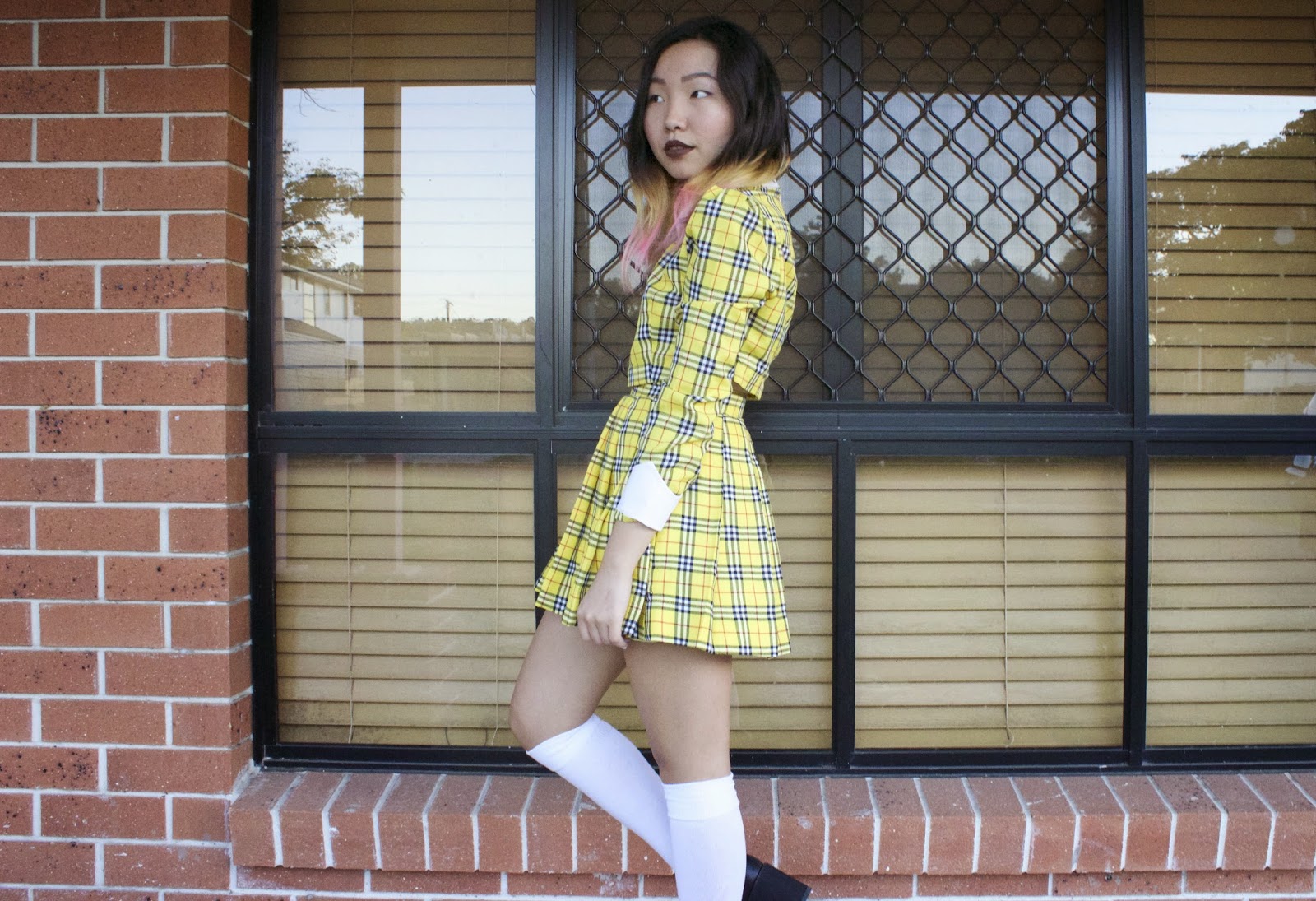 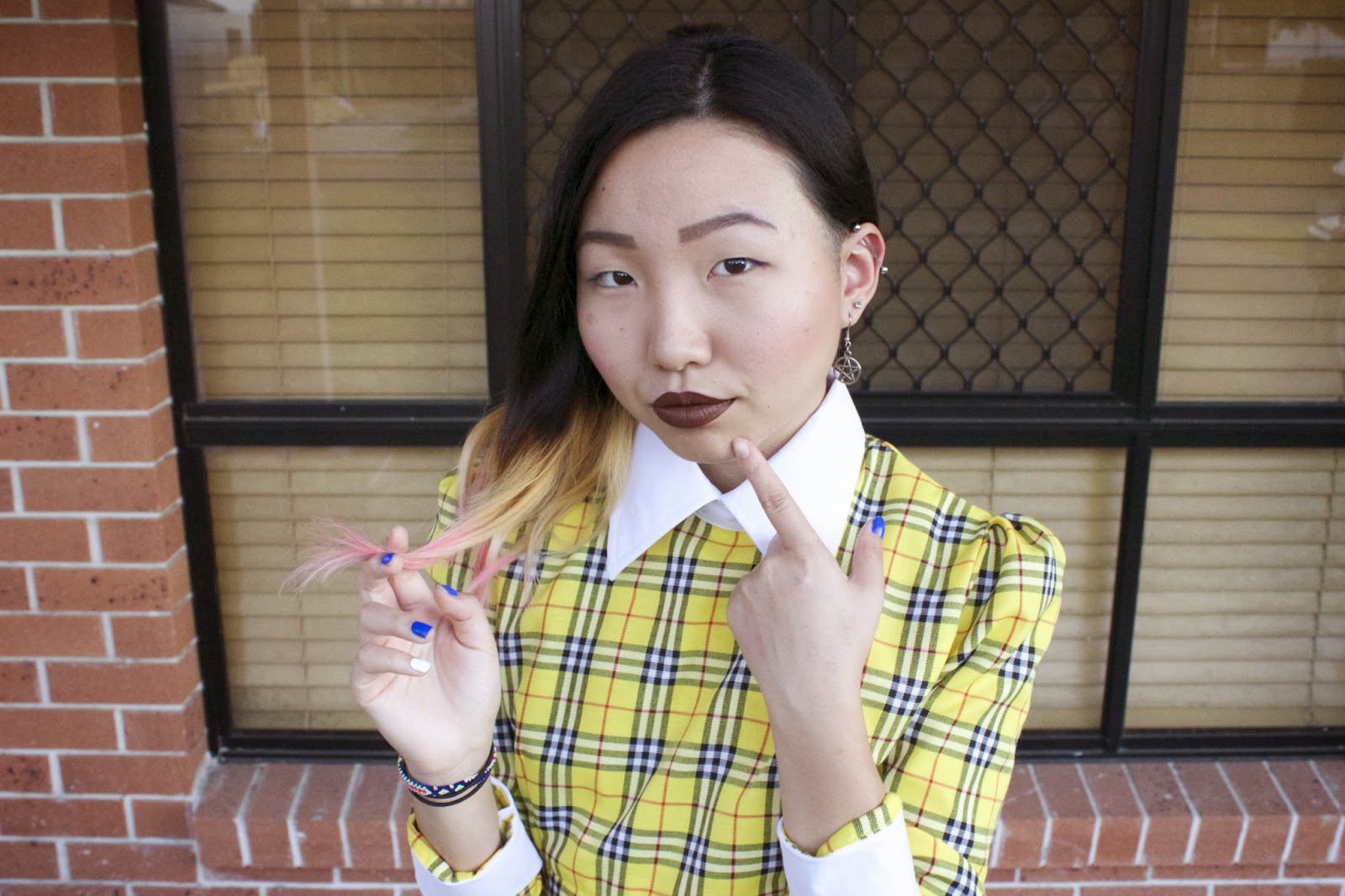